1. If the universe was timeless, all matter would have dissipated into space an eternity ago due to the 2nd law of Thermodynamics in action, resulting in the maximization of entropy, hence, complete saturation of all available energy. This would be so regardless of infinite matter, given that space must be of a greater degree of infinity in order to allow matter to roam in it (cf. “Heat Death Paradox“).

2. If the universe was timeless, all matter would have quantum-tunneled their stable bounds too given infinite time, resulting in the disintegration of all states and structures an eternity ago. This would be so regardless of infinite matter.

3. If the universe was infinite, (in accordance with my father’s “Universal Matter Architecture” theory making GTR obsolete) every single point in space would be subject to instantaneous & infinitely intense gravitational force from every possible direction since eternity (unless there is a cosmic horizon-limit to gravity’s reach), yielding null gravitational force on the whole only in case of actual points, while tearing up all three dimensional structures and forbidding coagulation of material bodies of even infinitesimal sizes.

4. If it could be suggested that new matter is generated sporadically to stimulate the energy-wise dying medium, then the whole of space would have been filled to the brim with matter an eternity ago.

6. If there was limitless matter at all in the universe, there would be an infinite number of every person… A monistic timeless unending cosmos with countless matter (protons, electrons, whatnot) in it directly implies that there existed/exists/will exist not only an infinite number of everybody and everything, but also infinite instances (histories) of everything throughout (child you, teenager you, adult you, senior you, etc…) during the flux of all relativistic events. The probability of another version of someone existing every instant within the same time-flow and the same “thought configuration” is at maximum in such a universe model. Hence, an infinite number of flashes and sparks of anybody’s mind everywhere would result in the totality of sensation: total white-out in the vision, total frequency surge in the ear at maximum decibels, total taste explosion in the mouth, total sensations on the skin, etc… Everybody would know everything there is to know, see, hear, touch, smell, etc… and indeed be paralyzed by such an “explosion of synaesthesia”.

7. Finally, how can the human mind (which is supposedly “made up of matter only”) conjure images and thoughts that defy the laws of physics in a universe operating in accordance with the laws of physics? Should one say that human consciousness is just some special organization of matter and nothing more, howcome it can conjure up irrational thought in a universe that is governed solely by physical laws? We DO NOT observe, for example, a rock or a chair to embody within it a representation of the outside world that defies physics. Unlike this, living beings – humans in this case – are capable of fantasies and “irrational” thinking. A child can believe in Santa Claus; people can believe in the resurrection of Christ; Muslims and Jews can believe in Moses splitting the waters of the Red Sea with his staff; China and India have incredible epic tales; Ancient Greeks have their amazing mythology; Merlin the magician does fabulous feats in the Legend of Camelot… These defy the established laws of the cosmos. How is it that a brain supposedly composed simply of matter & energy can contain a representation of the outside world that defies the conditions and boundaries of that world? It is a paradox to claim that a materialist-monist universe may yield a human mind that can conceptualize dreams and fantasies that defy the physics out of which it supposedly arose (cf. “cartoon physics“).

Therefore, all these paradoxes prohibit a timeless, endless, infinite content monist world. The only solution is that the material universe is limited in age and content and that our reality is at least dualistic. 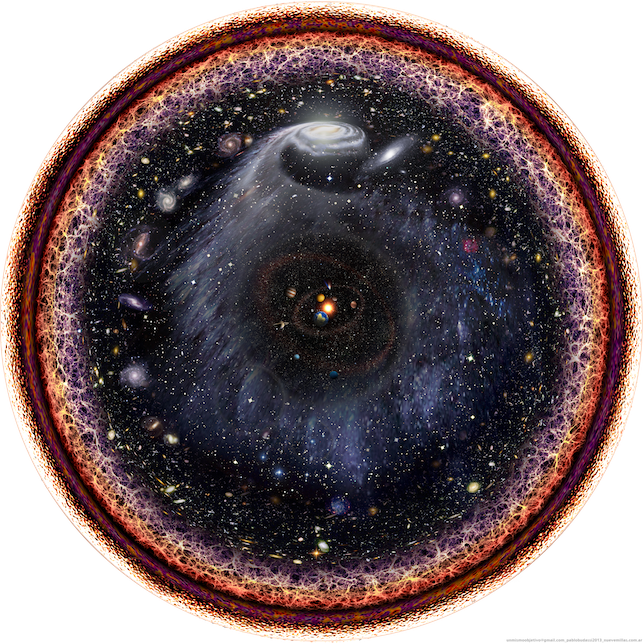