There are no obstacles for you to become a Muslim. You only need to testify with your heart and tongue the following articles described in the hadith of the Gabriel (Gibreel), related by ‘Omar ibn al-Khattab, a companion of the Prophet Muhammed (Allah’s peace be with him), and the second Caliph:

One day while we were sitting with the messenger of Allah there appeared before us a man whose clothes were exceedingly white and whose hair was exceedingly black; no signs of journeying were to be seen on him and none of us knew him. He walked up and sat down by the prophet. Resting his knees against his and placing the palms of his hands on his thighs, he said:

“O Muhammad, tell me about Islam”.

The messenger of Allah said:

“Islam is to testify that there is no god but Allah and Muhammad is the Messenger of Allah, to perform the prayers (prostrate oneself), to give charity, to fast in (the month of) Ramadan, and to make the pilgrimage to the House (in Mecca) if you are able to do so.”

“Then tell me about faith.”

He said:”It is to believe in Allah, His angels, His books, His messengers, and the Last Day, and to believe in divine apportionment, both the good and the evil thereof.”

He said: “You have spoken rightly”.

He said: “Then tell me about illustriousness.”

He said: “It is to worship Allah as though you are seeing Him, and while you see Him not, yet truly, He sees you”.

He said: “Then tell me about the Hour (of Resurrection)”.

He said: “The one questioned about it knows no better than the questioner.”

He said: “Then tell me about its signs.”

He said: “(The corruption in the earth will be such) That the slave-girl will give birth to her mistress and that you will see the barefooted, naked, destitute herdsman (grow so rich as to go) competing in constructing lofty buildings.”

Then he took himself off and I stayed for a time. Then he said: “O Omar, do you know who the questioner was?” I said: “Allah and His messenger know best”. He said: “He was (Archangel) Gibreel (Gabriel), who came to you to teach you your religion.”

So in order to be a Muslim, a member of Islam, you simply need to do the following:

1. Testify that there is no god but Allah, and Muhammad is His servant and messenger,

2. Establish prayers (the Sunnis do it 5 times a day, I as a Mutazili do at least three: dawn, noon or evening, and sunset or nightfall),

3. Give regular charity from your income,

4. Fast in Ramadan as much as you are able from dawn till dusk. Don’t miss the oppurtunity to cleanse your innards and soul.

5. Make pilgrimage to the House of Lord Allah erected by Prophet Abraham once in your lifetime if you are able and circumambulate it in reverance.

In order to acquire deeper faith and be categorized as a faithful, you need to abide by these rules (also called the five pillars of Islam):

1. Believe in Him who created the universe from nothingness, who is Omnipotent, Omniscient and Omnipresent, who is pure Essence.

2. Believe in the Angels of Allah whom He created to serve Him and mankind.

3. Believe in the Holy Scripture He sent down and Prophets to guide mankind, particularly the entirety of the Qur’an (reject anything that deviates from the teachings of the Qur’an).

4. Believe that all humans will be resurrected and judged after death.

5. Believe that the good fortunes and miseries that come upon man from nature are known to and ordained by Allah. Know that the apparent good and evil in nature are divinely apportioned. (do not listen to those who claim all things are predetermined… human will is not)

If you want to excel in everything you do, you should do everything listed above with the knowledge that Allah Sees you and Knows all that your mind conceals.

Don’t be distracted by fanatics and extremists, and don’t go about calculating the number of adherents that have gone astray in this or that religion. Do your part in this world, and heap the rewards that Allah has promised:

(2.25) “And give glad tidings to those who believe and do righteous good deeds, that for them will be Gardens under which rivers flow. Every time they will be provided with a fruit therefrom, they will say: “This is what we were provided with before,” and they will be given (such) things in resemblance (but far exceeding in taste) and they shall have therein purified mates and they will abide therein forever.”

To answer a popular question: I see no relationship between the Buddhist notions of karma/reincarnation and Islamic tenets. We are given life twice and perish twice as it says in the Quran (Chapter 40, Abdullah Yusuf Ali’s translation with some modifications):

1
Ha Mim
2
The revelation of this Book is from Allah, Exalted in Power, Full of Knowledge,-
3
Who forgiveth sin, accepteth repentance, is strict in punishment, and hath a long reach. there is no god but He: to Him is the final goal.
4
None can dispute about the Signs of Allah but the Unbelievers. Let not, then, their strutting about through the land deceive thee!
5
But before them, who denied: the People of Noah, and the Confederates after them, and every People plotted against their prophet, to seize him, and disputed by means of vanities therewith to condemn the Truth; but it was I that seized them! and how was My Requital!
6
Thus was the Decree of thy Lord proved true against the Unbelievers; that truly they are Companions of the Fire!
7
Those who sustain the Throne and those around it Sing Glory and Praise to their Lord, believe in Him and implore Forgiveness for those who believe: “Our Lord! Thy Reach is over all things, in Mercy and Knowledge. Forgive, then, those who turn in Repentance, and follow Thy Path; and preserve them from the Penalty of the Blazing Fire!
8
“And grant, our Lord! that they enter the Gardens of Eternity, which Thou hast promised to them, and to the righteous among their fathers, their wives, and their posterity! For Thou art the Exalted in Might, Full of Wisdom.
9
“And preserve them from ills; and any whom Thou dost preserve from ills that Day: on them wilt Thou have bestowed Mercy indeed: and that will be truly the highest Achievement”.
10
The Unbelievers will be addressed: “Greater was the aversion of Allah to you than your aversion to yourselves, seeing that ye were called to the Faith and ye used to refuse.”
11
They will say: “Our Lord! twice hast Thou made us die, and twice hast Thou made us live (again)! Now have we recognised our sins: Is there any way out?”
12
“This is because, when Allah was invoked as the Only, ye did reject Faith; but when partners were joined to Him, ye believed! the Command is with Allah, Most High, Most Great!”
…

Mutazili Chief-Justice Abd al-Jabbar’s interpretation of verse 11 above is that we are resurrected in the grave once to account for our sins, and again in the afterlife a final time to be rewarded or punished for all eternity. There are other interpretations, and surely Buddhists would love to entertain the notion that we come and go to this world… however I stick with Abd al-Jabbar’s deductions as they make more sense. This interpretation is supported by many a hadith, including this one:

We Mutazilis refuse to believe that punishment could be inflicted on dead flesh, that is why we believe in the resurrection of the dead in the grave and the afterlife, taking as proof the verse 11 of Chapter 40 of the Qur’an (life after death after which life is given once more after death).

Do not be confused about other religions in the world. The only salvation is, of course, Islam. One finds it quite self-evident.

Now how to strengthen one’s faith… All I can say is, if you are sincere and if you have merit, Allah will set your path alight:

“For those who reject Allah is a terrible Penalty. But for those who believe and work righteous deeds, is Forgiveness, and a magnificent Reward. Is he, then, to whom the evil of his conduct is made alluring so that he looks upon it as good (like a believer)? For Allah leaves to stray whom He wills, and guides whom He wills. So let not thy soul go out in sighing after them: for Allah knows well all that they do.” (Chapter 35, Verses 7-8) 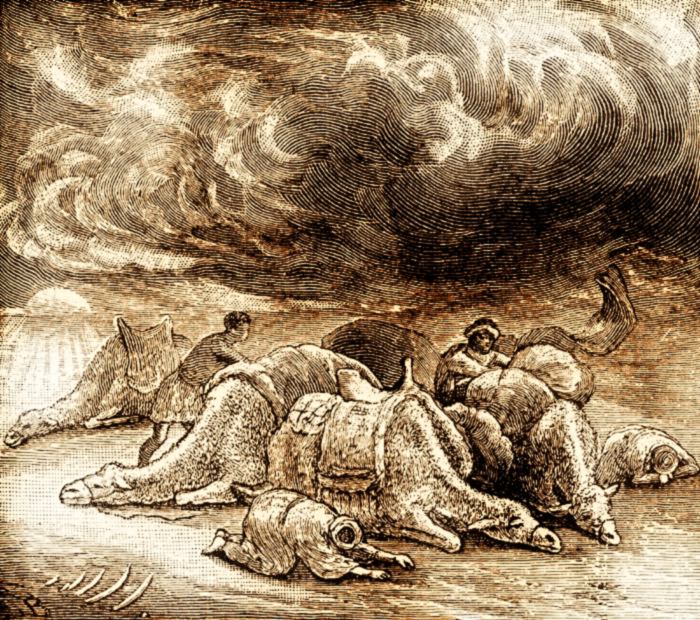 One thought on “Theology”